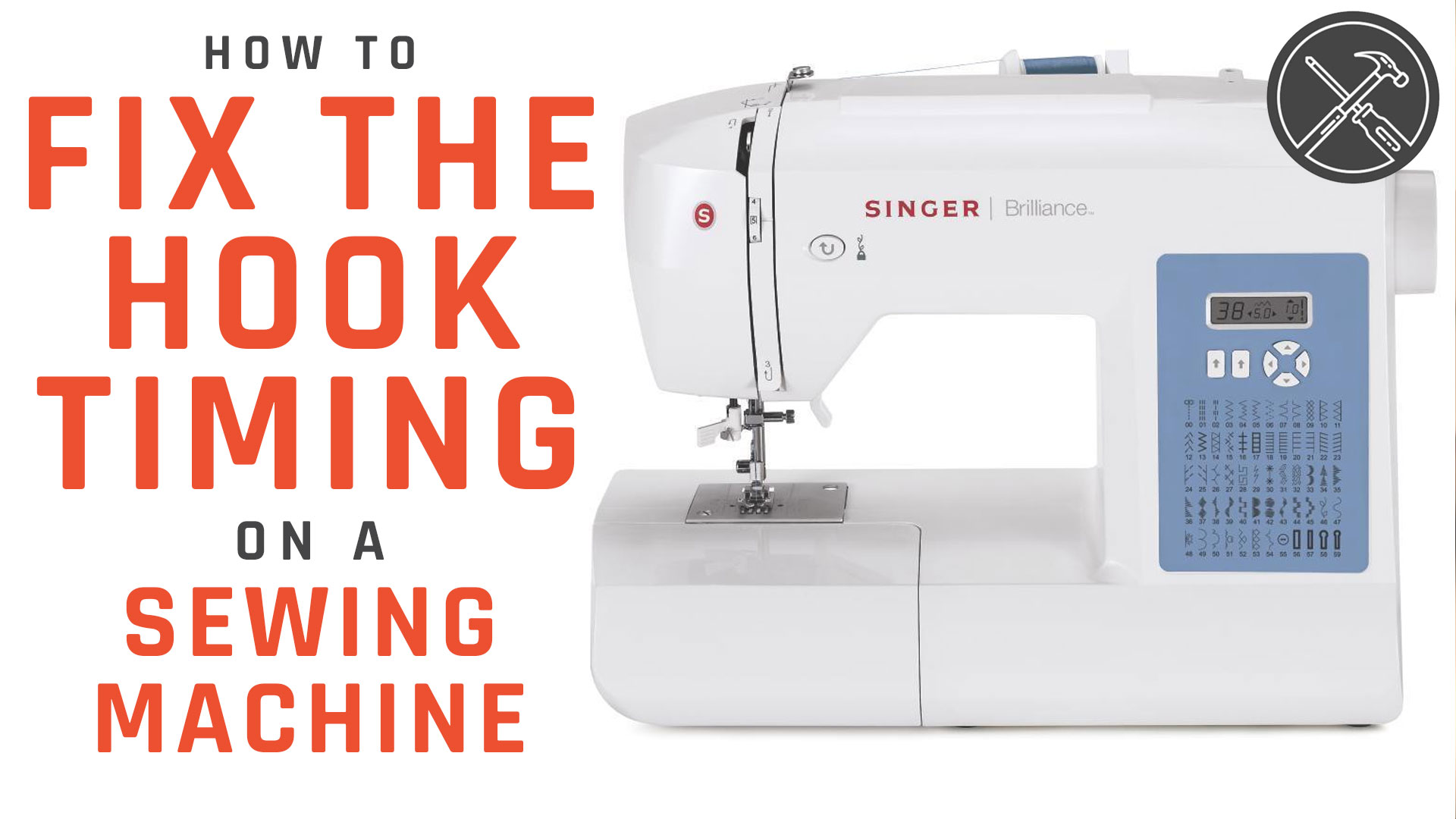 When my wife’s sewing machine was broken I decided to call a sewing machine repair shop but they told me it was going to be $90 just to take a look at it. I’m a cheapskate so I decided to do a little internet research to try to figure out how to fix it myself and, fortunately, as you’ll see below, this was just a fix that required some adjustments – no parts or anything like that.

The fix we’ll be doing today applies if the hooking wheel (the circle with the hook on it) isn’t grabbing on to the thread, which is what actually makes the loop. In my case, the hooking wheel was just spinning around the threads. It wasn’t grabbing onto anything so that’s what we’re going to be fixing. I’ve got a somewhat older Singer sewing machine but the same principles apply to all machines, old and new. 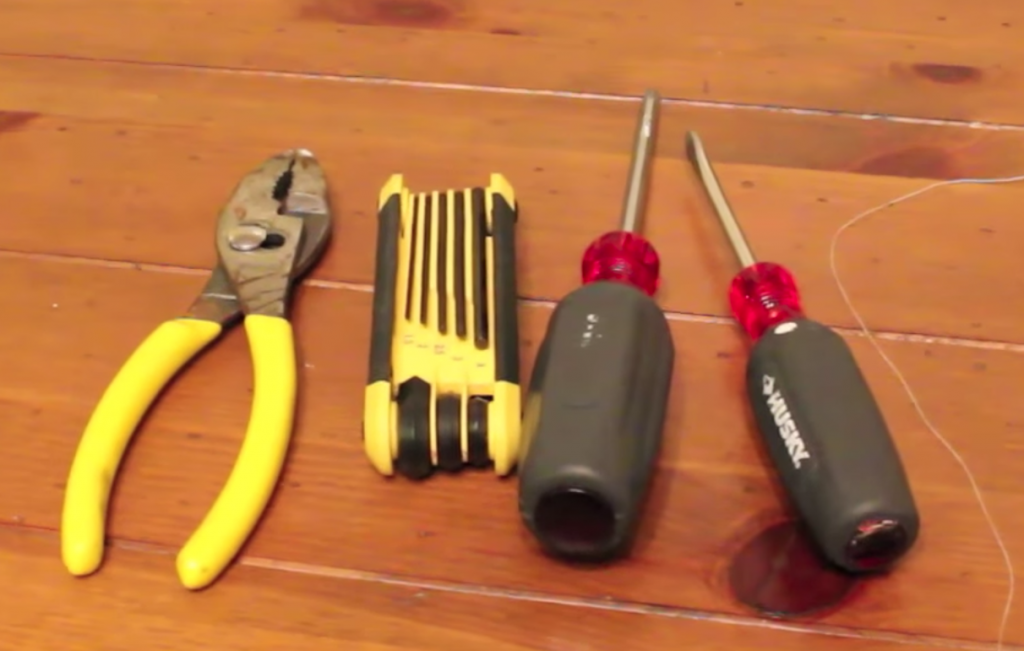 We’re just going to use some basic tools. We’ll need Phillips and flathead screwdrivers, a pair of pliers and some Allen wrenches. 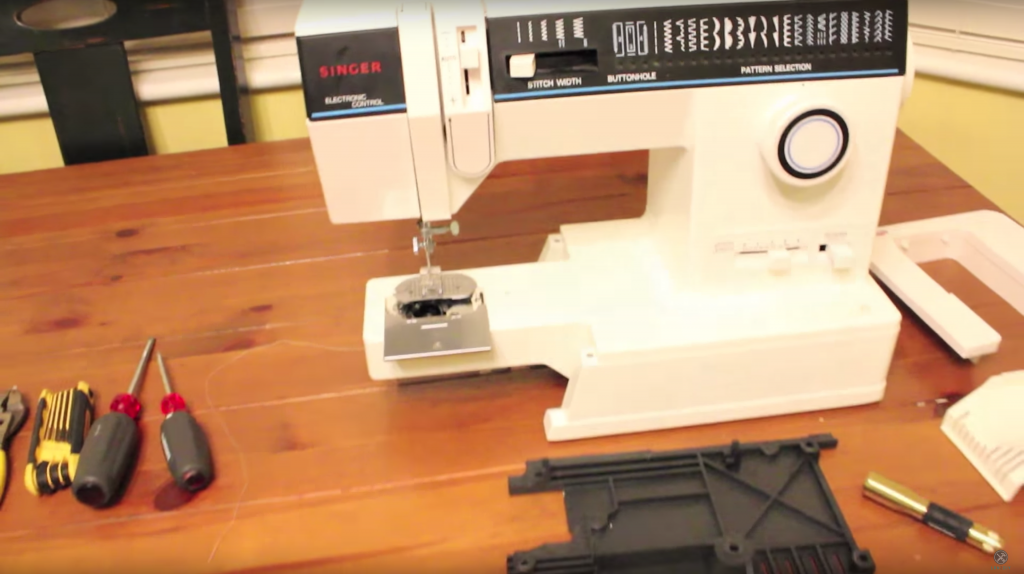 First, take the bottom off of the sewing machine, which is pretty easy to do; just a couple of screws and loosening a nut and that’s all taken apart. Here’s the underside of the sewing machine. As you can see, there are a lot of gears and mechanisms and such going on here.

There’s a power terminal down at the bottom and then there’s the drive shaft in the center. It’s the silver metal silver piece right in the middle. What we’re going to be focusing in on today to fix this issue is actually this black bushing at the end of the drive shaft that has a set screw in it. As you turn the handwheel you should see this bushing turning and then it exposes the set screw. 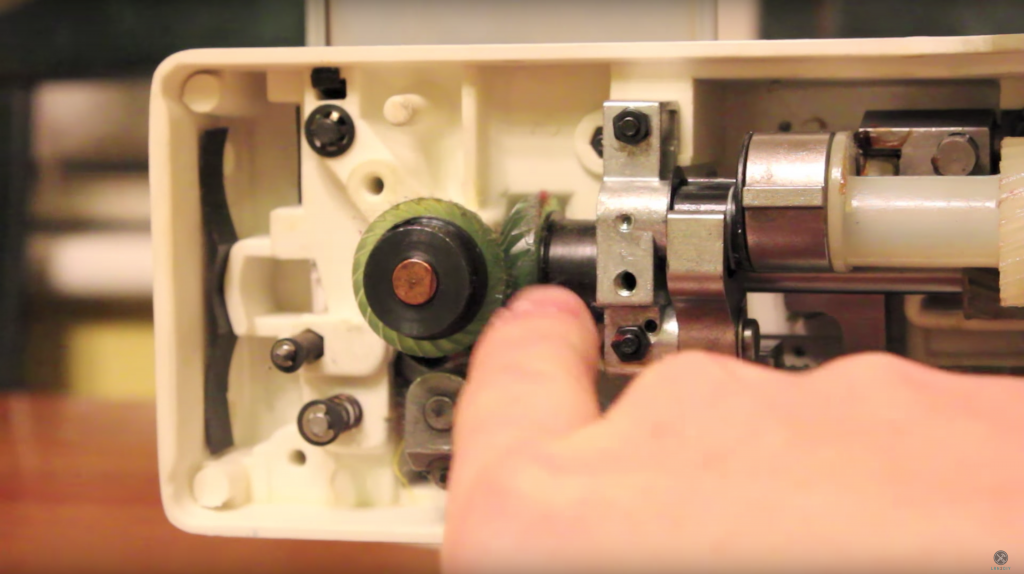 In the pictures here, I’ve already loosened this up but you see the set screw and that is what we’re going to be loosening to adjust the hooking wheel. When you rotate the wheel you that there’s just one set screw in there, but I’ve seen other videos where there are two set screws on this bushing. Either way, you’ll need to loosen them. In my case, I needed a 2.5mm Allen key to do so. 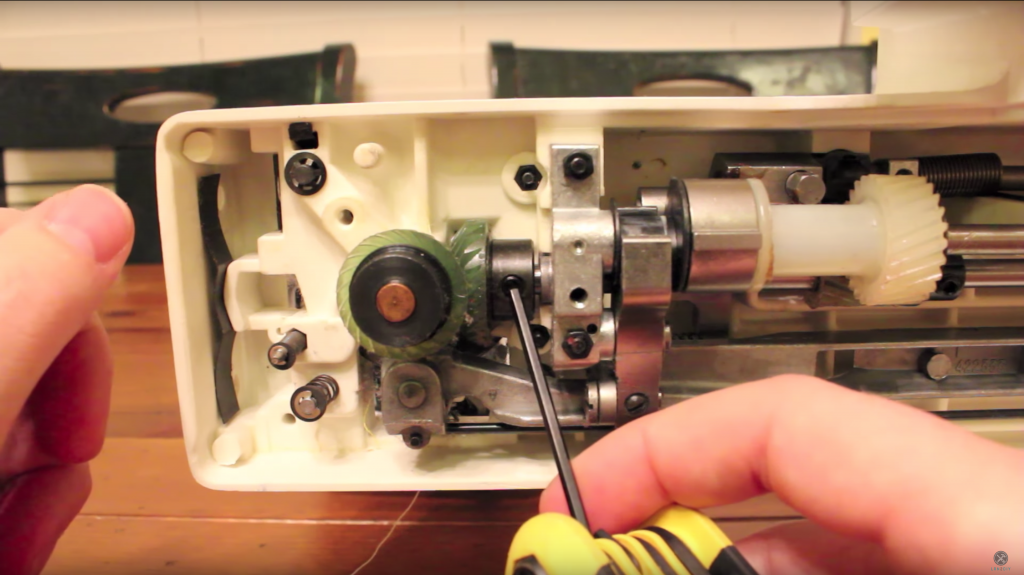 After loosening that set screw, twist the drive shaft and tighten it up again. You may just need to try this several times but the goal here is to set the bushing to a point where as you turn the handwheel, the hook in the hooking wheel grabs on to the thread as it passes by. 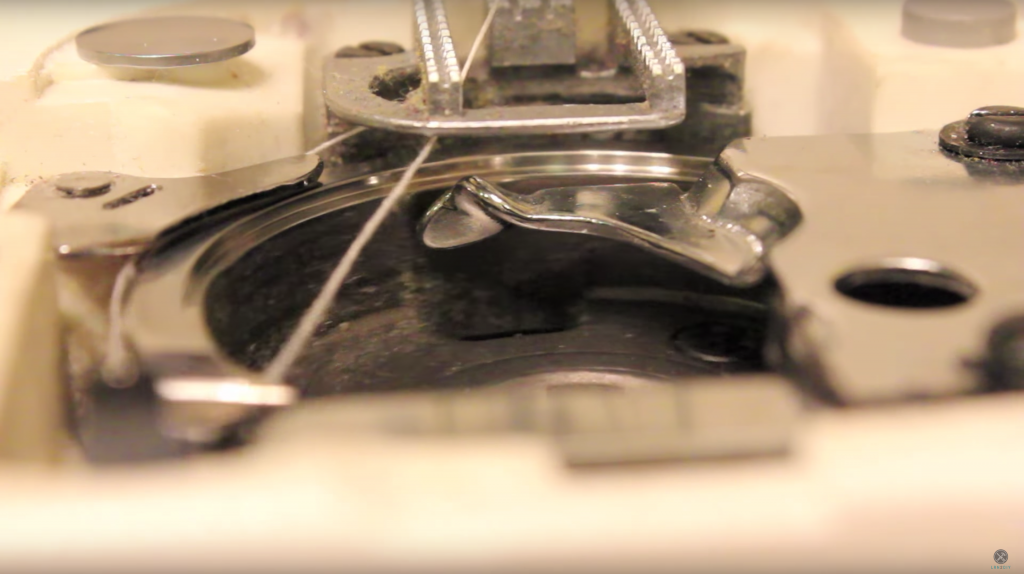 You may need to adjust a few times to get it to where it grabs the thread. When the needle is at its lowest point the hook should be passing right by it and then snag it. To test it out, I put the machine partially back together and gave it a try to see if you get a straight stitch. After a few attempts, it worked! So that’s what I learned about fixing the timing of the hooking wheel for a sewing machine. It’s all about making sure the bushing is rotated to the right position on the drive shaft, which is what determines the hook timing. 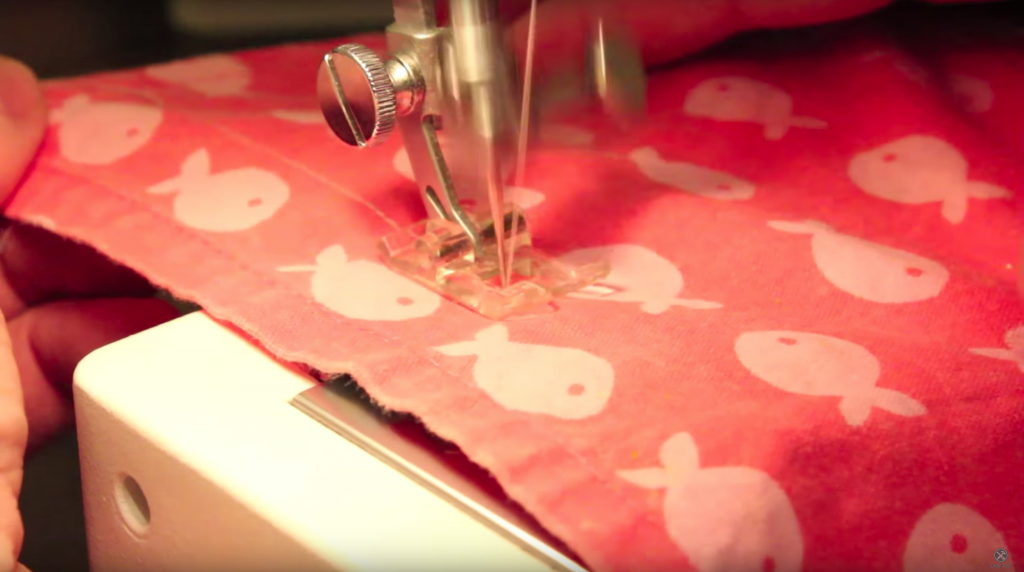 Did this work for you? Do you have any questions? Please feel free to leave a comment below and let us know! Also, be sure to check out the video below to see this whole process in action! 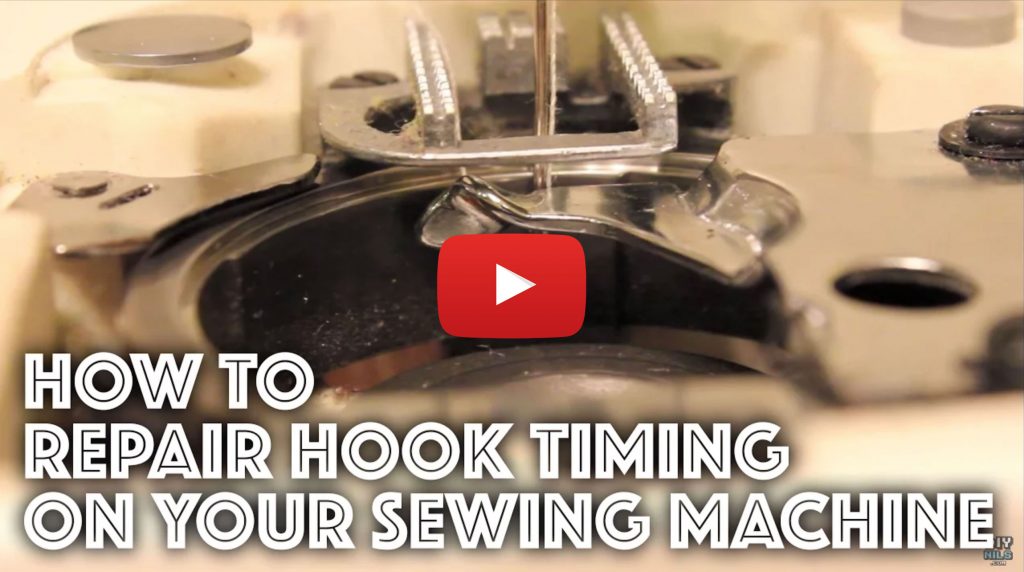